We are thrilled to announce our new endeavor for the Winter and Spring of 2015, the Early Quintets Project! Toomai will curate and perform in a series of workshops and performances in collaboration with New York Philharmonic’s Very Young Composers program (VYC) and SPECTRUM NYC. 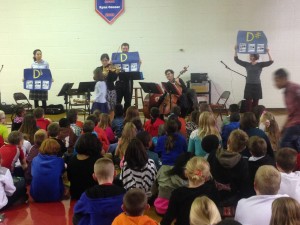 We will be working with five prestigious American composers and ten amazing very young composers (ages 10-14) from the New York area. Toomai will help mentor the young composers as they create brand-new works for string quintet, guided also by inspiration from the quintets of our partnering professional colleagues. These workshops will culminate in three concerts at the intimate and innovate new music venue, SPECTRUM NYC, where Toomai will premiere the children’s works alongside the compositions by the professional composers.

This particular project was conceived by Toomai’s bassist, Andrew Roitstein, who has worked closely with VYC’s founder, composer and bassist Jon Deak (photo below). 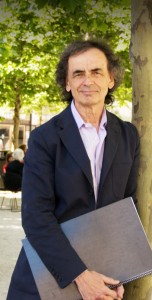 The Early Quintets Project is an extension of the work the NY Philharmonic is doing with its young composers, and is being initiated in order to get young composers’ music played by even more ensembles in a larger diversity of venues.

“I have worked in different capacities with NY Philharmonic’s Very Young Composers program for the last six years, and the process of realizing these children’s music is one of the most gratifying experiences I’ve had in my career as a musician.  These kids know no artistic boundaries, and being a part of this moment in the young person’s creative process is something that continually gives me artistic and personal insight.”

Toomai has premiered several contemporary string quintets and conducted dozens of projects with young people and throughout the United States. The Early Quintets Project combines two of the things that Toomai loves to do most: create new music and work with young people. This collaboration between Toomai and VYC will help generate a new and important body of music to the string quintet repertoire as well as help cultivate the amazing creative minds of these young composers. Once this has been realized, we hope to continue performing these works, give the pieces of music a life of their own, and inspire even more young people to compose!

The Early Quintets Project will feature Emilie-Anne Gendron and Doori Na on violin, Erin Wight on viola, Hamilton Berry on cello, and Andrew Roitstein on bass.